This Character was created by user:Davenport13 please don't steal or change info "copyrighted" ©

Hallie King is the fourth lab rat in season 1 right after Davenport brings Adam, Bree, and chase home he introduces Hallie to them.In season 3 Hallie is currently 16,her best friend is Chase Davenport. Hallie and Chase have been friends since first sight.They look for each other, Leo thinks they've got something weird going on.She was brought to the family because her creator and family we're all Deceased.To this day know one knows what happened.She may still not feel like a Davenport but they family feels like she belongs.Chase has always tried his best to make her feel like that

Hallie is short. She's only 5"ft 1. She has brown hair and Blue eyes. She usually wear button down plaid like her friend chase, sweaters,hoodies, high tops, converse, heels, and skinny jeans.

Hallie is just another pretty face, but being a pretty face sometimes helped.She has had tons of guy's crush on her.One including Marcus even though he was an robot he really did like her.But she fought bravely to save her best friend's life in the bionic showdown.Marcus had a crush on her since they first meet in concert in a can.And Chase first fell in Crush, Chop, and Burn he later admitted it to her in you posted what !?! He thought he was never going to see her again so out of fear he made his move and kissed her.

Chase: We don't have a Doggie Door.

Hallie: We don't have a doggie!

Hallie: Hey chase can a ask you a question?

Hallie: ever had the awkward moment where twins are fighting and one call's the other "Ugly"

Hallie to chase: we met for a reason, either you're a blessing or a lesson.

Hallie: You should Never fear the person who attacks you, but the fake friend that hugs you if more of a threat.

Chase: You're right, Marcus was always the real threat, not Douglas.

Perry: You're a waste of space.

Bree: You're so rude.

Hallie: Yep, cause everyone wake's up to impress you. *sighs

Chase: You're best thing that has ever happened to me.

Hallie: They day I stop caring for you is the day Leo get's his driving license.

Leo: Hey I will get a license!

Adam: When I die want free wifi from my tomb so more people will see me.

Hallie: Ok just don't let anyone ever dull you're sparkle.

Chase about Hallie to a boy:She's my best friend, if you break her heart I'll break you're face.

Hallie: I'm not hanging out with you ever again!

Hallie: You tried to Kill Me and The Davenports!

Hallie: What if I terminate you?

Marcus: is it that time of the month *flirtatious smile

Hallie: Shut up *use's heat vision and walk's away

Marcus: talk to ya later? 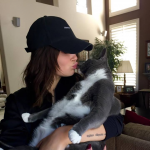 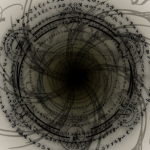